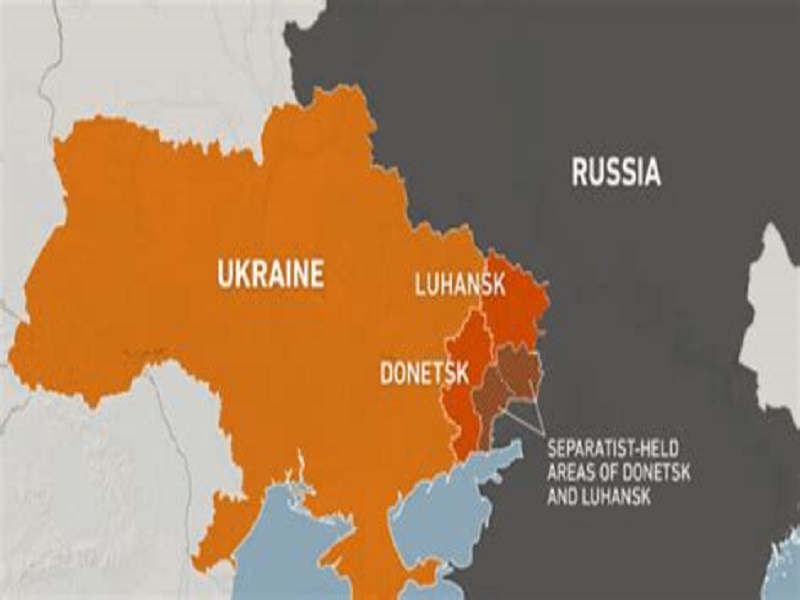 Russia-Ukraine: Is internet on verge of break-up?

Corporate giants such as Meta, Google and Apple, who have always framed themselves as neutral tech firms, are now pinning their political colours to the mast – banning products in Russia in response to its invasion. Meanwhile the internet itself is changing for Russian users – with Twitter and Facebook blocked, TikTok not allowing Russian users to post, and the police reportedly stopping people in the streets to look at what they are viewing on their phones.

Now there are questions about whether the conflict may not just alter the world’s geography, but fundamentally change the nature of the global internet.

There are mixed views that you could take in relation to this particular story. The main issue here was the call by Ukraine officials for the internet to be removed from Russia, this would be a political move and would affect millions of people.

The calls were answered with an emphatic “No” from ICANN (the Internet Corporation for Assigned Names and Numbers), which is in charge of internet governance. It was asked to revoke Russia’s top-level domains such as .ru along with the nation’s associated Secure Sockets Layer (SSL) certificates. Similarly, digital privacy group Electronic Frontier Foundation (EFF) was one of several organisations to support the decision.

In a statement, EFF’s Corynne McSherry and Konstantinos Komaitis said that war was no time to “mess with the internet”. Interfering with fundamental internet infrastructure protocols would have “dangerous and long-lasting consequences.”

While it is clear to see here why there may be calls for the internet to be ‘removed from Russia’ after the cyber attacks that have been carried out throughout the ‘Russo-Ukrainian’ war (https://www.tecsec.co.uk/every-cyber-attack-in-the-russo-ukrainian-war/). The statement from EFF makes clear that the Russian citizens need further access to the internet paired with the example of China’s ‘Great Firewall’ suggests the key reasons why we should not be removing the service.

Linked very closely with this story is the misinformation that is being spread by the media. This is arguably the first ‘unfiltered war’, with videos and pictures appearing on your feed in relation to the war in Ukraine.

There are mixed conclusions that you can draw from this; firstly, we are now receiving this ‘unfiltered’ view of the atrocities of Ukraine, potentially this view is free from the bias of the media coverage and therefore, more transparent. However, while the ‘rose tinted glasses’ have been removed due to the constant coverage, there is a draw back here, take the example of the ‘Ghost of Kyiv’.

The ‘Ghost of Kyiv’ is alleged to be a mysterious pilot, who single-handedly took down six Russian jets. Both the story as well as the identity of the pilot have not been verified. This has however, spread across social media and the mystery pilot has captured Ukrainians’ imagination and is being used by both official and former presidents to boost morale.

Similarly, if we look at the opposing side (https://www.dailymail.co.uk/news/article-10577095/Kremlin-forces-children-watch-propaganda-videos-Russia-limits-access-BBC-website.html). Russia is alleged to be spreading propaganda videos as well as limiting access to the BBC to control the narrative in their war with Ukraine. Additionally, Putin has been ramping up the censorship of non-state media and internet sites as protests mount over the war.

The main point here is that we need to be wary when we are using social media and news outlets to ensure that the information that we are receiving is in fact correct. Best practice will be to check accredited news outlets and publications such as BBC News, SKY News and their comparatives, to ensure that information that you are sharing is verifiable.

Similarly here, with the power struggle in Ukraine continuing, it is important that businesses are hyper-aware of the effect that the continuing sanctions may have on their business. This is in the sense that there may be more cyber-attacks originating from Russia with the purpose of targeting key infrastructure. Businesses need to be prepared for this as well as have an effective disaster recovery and response plan in place, in case the worst should happen.

If you or your company would like some guidance on what an effective disaster recovery and response plan should look like, please drop us a line at admin@digitallawuk.com.