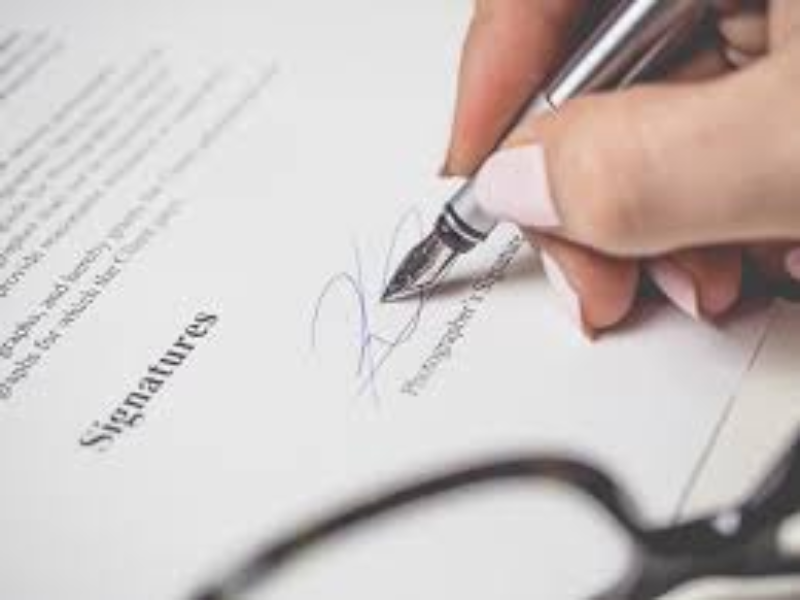 On the 4th of September 2019, the Law Commission published a report confirming that electronic signatures are legally valid despite the concerns from stakeholders such as solicitors and clients. The report came as a result of a 20-month investigation into the electronic execution of documents, in the hope to increase confidence in the use of this technology and put an end to the wide spread uncertainty.

Despite the previous ambiguity, many business and individuals already use electronic signatures, as appose to the “wet” signature, to sign contracts on a daily basis, ranging from doorstop deliveries to complex business deals. However, not all stakeholders were convinced that the electronic signature ‘fulfils a statutory requirement for a signature’, arguing that the doubt across the industry could slow down transactions and lead to disputes over the validity of documents. But will the report help change their minds on this issue?

Stephen Lewis, a Law Commissioner who was asked about the report said “Our report aims to… make it clear that an electronic signature can generally be used in place of a handwritten signature as long as the usual rules on signatures are met’. The report adds that an electronic signature is capable in law of executing a document provided that the person signing the document intends to do so. In addition, any further required formalities must be satisfied. According to the report, the common law in England and Wales has always been flexible when it comes to the range of types of signature. The list includes, but is not limited to: signing with an ‘X’, printing your initials only, printing your name or a description of the signatory such as ‘Your loving mother’. The courts have even accepted electronic forms of signatures including a simple name typed at the bottom of an email or by clicking a ‘I accept’ box on a website.

Despite this progress in clearing up previous uncertainties, the commission do recognise that extra procedures and support does need to be put in place in order to address some of the practicalities of electronic execution, especially when it comes to the rules for executing deeds. Some of the recommendations made by the commission include:

But will this change the industries views on electronic signatures?

Although the Law Commission’s report may help to clear up the ambiguity in the law, it may not necessarily change people’s perceptions of electronic signatures. A lot of stakeholder’s main concerns centre on fraud. An example of this is an Australian case, Williams Group Pty Ltd v Crocker. In this case the defendant was able to successfully defend the claim made against him on the basis that his electronic signature had been placed on the application and guarantee without his knowledge or authority.

In a recent court case, the Manchester County Court ruled that email signature blocks can be used to form a binding and legal contract. This ruling came as a result of a property dispute that took place in 2016. The dispute was over a boat jetty (owned by the Neocleouses) which was linked to a plot of land (owned by Christine Rees) by Lake Windermere. The jetty could only be accessed by crossing Rees’ land and therefore after going back and forth Rees agreed to sell part of her land to the jetty owners so they could gain access.

During a conversation between both parties’ over email, Rees’ solicitor sent an affirmative reply to the other parties’ solicitor in response to some suggested contract changes. The email was sent complete with a standard automated footer (i.e. name, job title, name of firm and contact details). The other solicitor replied to this email and agreed, arguing that those two emails were a binding agreement to the contract and the sale of the land by their jetty. However, unfortunately for Rees, this meant that she had agreed to sell her land for £175,000, £25,000 less than what she was holding out for.

Fast forward to the court hearing earlier this year, both parties ended up arguing about whether the inclusion of a name in the email footer counts as a signature in legal terms. Referring to relevant legislation, Section 2 (1) of the Law of Property (Miscellaneous Provisions) Act 1989 states that any contract for the sale of land can only be concluded in writing. Case law adds to this point concluding that writing must include both sides’ signatures. After pondering about the legal technicalities of typing one’s name out in an email rather than having it included by an automatic signature block judge Pearce concluded by saying “There is a good reason to avoid an interpretation of what is sufficient to render a document ‘signed’ for the purpose of Section 2 where that interpretation may have the effect of introducing uncertainty and/or need for extrinsic evidence to prove the necessary intent”. In other words, there is no point opening a can of legal worms that could let chancers squirm out of legal obligations by claiming they “accidently” put their names to things they say by email.

He finally added “The use of the words ‘Many Thanks’ before the footer shows an intention to connect the name with the contents of the email”, meaning that Rees was ordered to sell her plot of land for £175,000.

The moral of the story is to be careful when using e-signatures. This case illustrates how easy it can be to accidentally bind yourself to a contract without you even knowing.